The Pharmacy at St Michaels 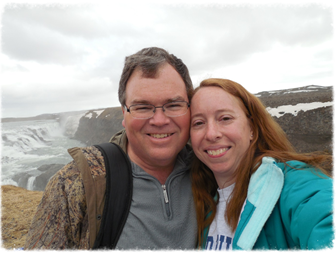 Steve grew up in a small town in Arkansas but has lived in Colorado for 15+ years.  He graduated from the University of

Arkansas for Medical Sciences in 1986 with a degree in Pharmacy and then started his career in hospital pharmacy. There he worked as a pharmacy director and had experience in sterile and nonsterile compounding.  Since then, Steve has also gained experience in home infusion pharmacy and most recently worked as a retail pharmacist in the Northern Colorado area.

In addition to being a pharmacist, Steve also holds a Master of Divinity from Southwestern Baptist Theological Seminary in Ft. Worth, TX, is an ordained pastor, and has served as a hospital chaplain at a long-term acute care hospital in Aurora, CO.

Amy grew up in La Salle and attended schools in La Salle and Gilcrest.  She obtained a Bachelor's degree in English/Language Arts/Education and a Master's degree in Gerontology from the University of Northern Colorado.  Amy is a nationally certified pharmacy technician through the Pharmacy Technician Certification Board (PTCB) and has completed compounding training through Professional Compounding Centers of America (PCCA) in Houston, TX.  In addition to pharmacy, she was also an adjunct professor in the College of Natural Health & Sciences at UNC and has worked with Alzheimer's patients and their families through the Alzheimer's Association.

Our dream has always been to open an independently owned pharmacy in our local community that serves our family, friends, and neighbors.  We both grew up in small towns and wanted to create a pharmacy that provides large city services but still has a small town feel.  We have a strong desire to help people and give back to our community which is what we hope to do through The Pharmacy at St Michaels.

The Pharmacy at St. Michaels